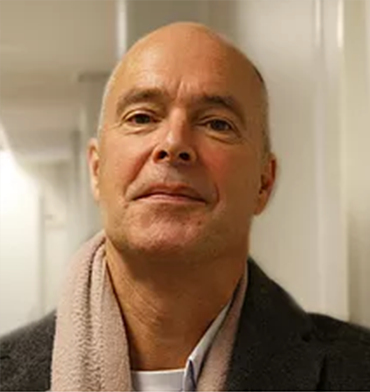 Barry Sterman together with Sue en Siegfried Othmer introduced him in the scientific underpinnings of Neurofeedback and showed the importance and the dangers of empirical data. London 1998 at Prof. Gruzeliers department. It was a 5 days course.

From that time on he had several courses with The Othmers and other people of Eegspectrum and finally became one of the owners of Eegspectrum International.

From 1998 until 2003 he followed all the workshops Barry Sterman gave at the BFE conferences.

He was head of a basic 1 year Neurofeedback course in The Netherlands and is guest lecturer at several institutions. In Stockholm Prof. Klingberg of the Karolinska Institute introduced him in the field of working memory training and in St Petersburg he had a collaboration with Prof. Y Kropotov of the Human Brain Institute

He started his working career in 1986 in an institute for children with severe behavioral problems. In 1989 he went to the mountains of Switzerland to work as head chief psychologist of the child department of the Dutch Astma Clinic in Davos.

He did an official post doctoral specialisation for clinical psychologist- psychotherapist with cognitive behavioral therapy as a specialty. He introduced biofeedback in the astma clinic and developed a perception of breathlessness programm which was further introduced at the child department of Hardenberg Medical Centre in The Netherlands.

Back in The Netherlands he introduced several biofeedback programms in the treament programms of patients in his clinic. His focus is on activating or reactivating the own strengths of his patients.

Now his has his own privat practice in Groningen and is involved in several research project on treatment methodologies based on the plasticity of the brain, together with the University of Groningen.

International Society for Neurotherapy and Research.(ISNR)